The Secret Sauce for Creating an Amazing Product 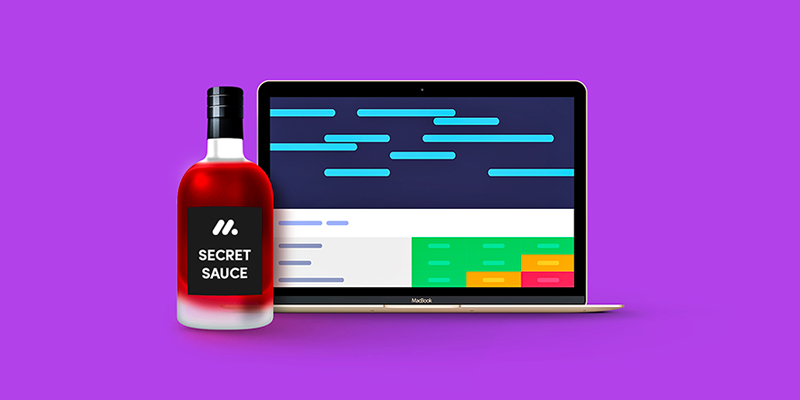 9 out of 10 startups fail. This apocryphal statistic is generally accepted as fact because the simple truth is, building a successful business is hard.

There are many obvious factors that have contributed to monday.com’s success as a product and business—hard work, luck, determination—but much of where we’ve arrived today is thanks to the less obvious lessons that our founders learned the hard way.

When launching a new business and looking for a product/market fit, many people ask questions like:

This is a good start, but it’s not close to enough. In this post, we’ll share some of our co-founders Roy Man and Eran Zinman’s hard-earned insights on how they built a strong business. They’ve both been developing and building products since they were kids and have a lot of successes and failures under their belt.

Roy: “I built two startups that succeeded in some aspects but failed to turn into viable businesses. They were really good looking products with an excellent code base, but that didn’t help. It also didn’t help that people who saw these products were amazed and loved them—something didn’t work and I had no idea what.

So I went to my good friend and mentor Avishai Abrahami, the CEO of Wix, and told him that he had to show me how to get it right. So I joined Wix in 2010 when they were a startup of 80 people.”

Eran: “After I got my degree, I started my own company building a search engine for user reviews, where you could get an aggregated view of all reviews. I rented 15 computers that crawled the web 24/7 and put them on the second floor of my mom’s house. I got a call from our Internet provider who were like, ‘Uh, what are you doing?’

“I made every mistake you can make as an entrepreneur. I thought that you have to build an excellent product before you raise money. We kept improving it and perfecting it for a whole year while I burned through my life’s savings. Finally, my account was frozen, and I had to call it quits.

Working with your intuition is always wrong. You look at other companies and success stories and try to reverse-engineer them. It’s never like that. I thought, ‘I’m going to create the next Google. When I launch, it’s going to be perfect.’ I had no idea that I should have shared it with users and gotten feedback really early on.”

Roy: “When I joined Wix, I couldn’t believe how bad their codebase was. Their product design was pretty childlike, and the UI was horrible. Nothing acted like anything you’d expect. The Head of Product back then was proud of the fact that their ‘color picker’ was designed by a color-blind person.

But these guys knew what they were doing. They knew what they needed to do to succeed and cared less about the rest. They knew that if you make people really want what you have to sell, it doesn’t matter initially if the UI is crappy or it’s filled with bugs.

It’s worth noting that Wix’s R&D team is now one of the best ones on the planet and their UI is one of the most beautiful and easy-to-use that exists. They fixed these issues in order to scale, and they are now bigger and better than all their competitors combined.”

Eran: “After I left my first startup, I started working at Conduit. They said ‘We want to do something for mobile but we don’t know what yet. You’ll be salaried but we’ll let you be an entrepreneur.’

It was amazing—I had the freedom to build a separate unit from scratch. We had an idea, hired people, and launched a product. I built Conduit Mobile, and it really felt like it was my startup. In just two and a half years, we had over 100 employees in our business unit and we generated great revenue. That’s where I discovered the world of SaaS.”

Roy: “People loved Wix because it empowered them to build their own website, and not rely on outsourcing that never gave them what they wanted.  Wix had what Avishai called a ‘wow’ factor—the website you built yourself would look amazing, and people knew that.

I learned that a truly good product empowers people. You have to assume they are smart. Don’t limit them. Make them feel like they are superhuman, and give them a skill they previously never had. That makes them feel liberated and free.”

Eran: “I connected with Roy when he was starting to take monday.com out of Wix. I had just come from a company that had scaled really fast, and I knew that if you can solve communication in the workplace, it would be a huge thing. And I knew we would take an unorthodox approach to it. At the time, the product only had the ‘pulse’ communication component, but we met with a lot of managers and saw quite a few of them using Excel. That’s what gave us the idea to launch boards, which made the product what it is today.”

Roy: “For the longest time, Eran and I had a tool that solved a lot of problems, but it was super hard to get companies on board. Only when we went back and spoke with hundreds of managers did we find a solution that people would not only adopt, but really really wanted.

It didn’t happen by writing code; we worked on a Powerpoint and presented it to be people and got their feedback. You know you’ve reached a product/market fit when you see a sparkle in people’s eyes. I saw it when we designed the first prototype on Powerpoint: we went to some potential customers, and them saying ‘I want this’ was enough for me to know we nailed it.”

Eran: “We spoke with a lot of customers from the start, and every time we had something, we launched it to the public and got feedback. I was coding everything in the system and Roy was designing it. Obviously both of our roles have really changed since then, as we’ve transitioned from creating to managing.”

Roy: “Just recently I had a call with a Fortune 500 top management team. It was a video conference with two people managing a project that touched hundreds of thousands of people (wow) and they were speaking with us, a startup, to solve their management problems.

My guess is they had had this talk 100 times before and they weren’t looking forward to it. The talk went well and they really understood our value. But there was still a certain friction. So I dug a little deeper, and when I finally suggested a certain import feature we don’t have yet, the guy screamed from happiness. I repeat, he literally waved his hands in the air and yelled at the top of his lungs, ‘That’s what I’m talking about!’

It’s priceless that simply suggestion of a feature could get someone on the other side of a crappy video conference connection to scream. Naturally, we went on and started developing it that day.”

Our Vision for the Next Generation of Management Tools

Why monday.com is So Different from Every Project Management Tool on the Market

2020 is right around the corner, and as you prepare some well-deserved time...
Read More

Why You Need BI Tools to Grow Your Business

How to Reach 750 Paying Customers in Your First Year?