See How this Coding for Kids Startup Manages its Task List 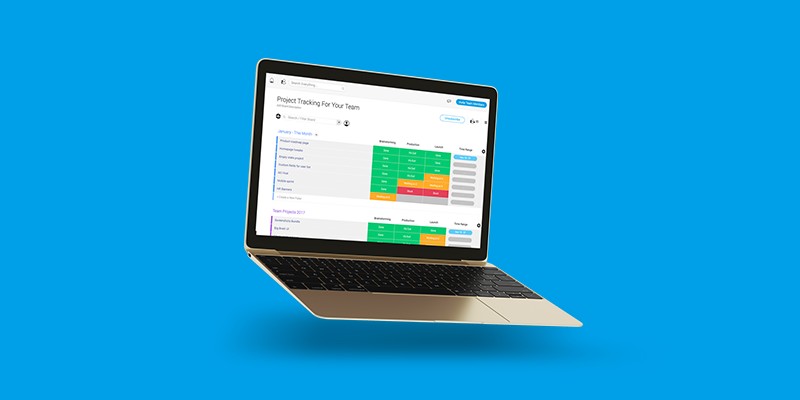 Today’s spotlight is on CodeMonkey Studios  — a fun online game that teaches kids how to code. In less than two years since its launch, over two million kids have learned to code in CoffeeScript, through the CodeMonkey game. The company is also already generating revenue.

In the post, we will learn about the company, how it grew, and how it uses monday.com to manage their product and development tasks.

Question: What exactly does CodeMonkey do?

Answer: CodeMonkey is an online game for kids, that teaches them real coding. In the game, the kids help a monkey get his bananas back, by writing lines of Code. As they solve the challenges in the game, they learn more and more advanced topics of computer science.

A: The advantage is that the game supplies a strong incentive for learning. The kids playing it really want to get those bananas, so they keep playing. And as they do, they learn complex topics — like functions and nested loops — without realizing it’s a complex concept to understand.

Q: How is CodeMonkey different from its competitors?

A: Most coding products for kids use visual blocks to simulate coding. At CodeMonkey, we teach a real text based programming language called CoffeeScript. It’s a language that is used in the industry and can be used to create online apps and games — which is eventually what we want our users to do.

Q: Tell us a bit about the company itself.

A: We were founded in 2014, by brothers Jonathan and Ido Schor and their childhood friend Yishai Pinchover. The company has seven employees total. Over two million users learned how to code with CodeMonkey since its launch. We’ve raised two rounds of funding and we’re already generating significant revenue.

Q: What has been your biggest growth engine?

A: Without doubt — word of mouth.

Q: What has been your biggest success in the past year?

A: We launched the National Coding Olympics in Israel, and it became a big hit. It’s a collaboration between CodeMonkey, CET – Israel’s largest publisher and the ministry of education, that delivers our coding curriculum to the majority of the elementary and middle schools in the country. Over 250,000 kids aged 9-16 are actively participating through our platform, and our data shows they have reached amazing learning outcomes. We’re proud and excited to be transforming a whole generation of learners, broadening their skill set and expanding their opportunities.

Q: How do you use monday.com?

A: We use monday.com to manage our product and development tasks. We have a weekly product meeting —  that thanks to monday.com doesn’t exceed 30 minutes. Our team is spread in several locations around the world, so we also have a Board for our product roadmap, which helps us know who is in charge of which task.

Q: What was “before monday.com”?

A:  Before monday.com we had several to-do lists, hosted on different media — documents, spreadsheets, paper notes, photos of whiteboard scribbles, emails and even just in our own heads. The lists of bugs and features were a mess.

As a result, many things just fell through the cracks. Issues were delayed and even forgotten, because they were wrongly prioritized and weren’t managed anywhere.

Since we started using monday.com, that list got bigger, but we get more done, just because we can prioritize and see clearly what needs to get done.

Q: How does monday.com facilitate success for your company?

A: It helps us bridge the gap between product requirements and development tasks. It helps us make sure that bugs are being fixed and that we’re on track with our goals and plans.

But most of all — it helps our international team stay focused and in the loop. The thing we love most about monday.com, is that there’s no one way to use it. We developed our own method of managing our task list with it, and every team can use it in the way best suits them.

Q: Tell us a bit about the screenshots of monday.com Boards you’re sharing with our readers.

A: This is our main Board, where we list the projects currently on our table. Each project is assigned an owner and a due date. Below is a sub-Board, where each team member can add talking points for the next product meeting. Usually, items will either be added to the top list in the next product meeting, or if it’s not an urgent matter, they will be archived or moved to a TBD group of Pulses.

The Bugs and Enhancements Board is the one that we work with the most. It is split into a few groups of Pulses:

On top are This Week Pulses, which comprise the task list for the development team is going to work on this week.

Below, there’s an Unsorted group of Pulses, where each team member can list new found bugs and ideas for enhancements.

Then Tali — our product manager — goes over the unsorted list, prioritized it and moves it into a third group of Pulses  — according to priority. At the beginning of every week, Tali and Ido  — our head of R&D  — go over the list and decide together which Pulses will go up to the This Week section, to be worked on. 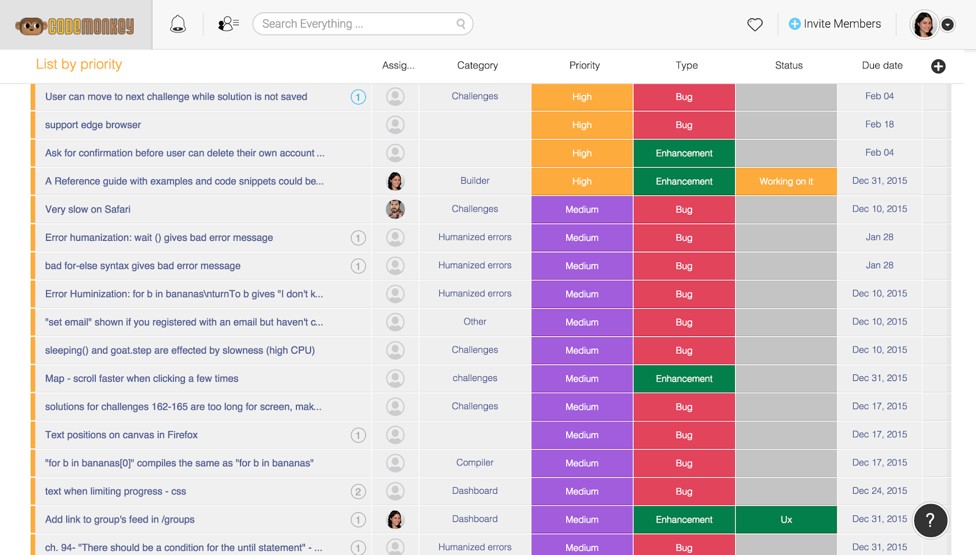 Elevate Conference 2019: Acceleration, Innovation, and The Future of Work

We recently celebrated a few momentous milestones together with many of our clients...
Read More

Global Teams that Work: The Secret Sauce with 5 Essential Ingredients

A monday.com Report: The State of Workplace Automation