How to Build a More Agile Workplace

Software is changing the world, and the way it is developed is changing how we work. With a marketplace that can shift according to customer whim during the development process

Software is changing the world, and the way it is developed is changing how we work.With a marketplace that can shift according to customer whim during the development process, software companies need to be nimble and able to change on the fly in order to succeed. In short, they must be “agile.” Working according to old business models with production lines and set quotas will not succeed in this new business context.

“Firms coping with change, that work the old way, are being disrupted and going out of business,” says Stephen Denning, author of The Age of Agile (HarperCollins, 2008) and consultant on leadership, innovation, management and business narrative.

The agile approach is suited to projects that demand speed and flexibility, adjusting its priorities and requirements according to insights gained during the development process, in a transparent methodology that has continuous customer involvement.

The History of Agile Methodology

“The context of how things are done have changed since the 20th century,” says Denning. “The marketplace has transformed from a fairly static setup where firms could organize themselves basically like a machine to deliver what customers wanted. The world sped up, changes started coming faster and the balance of power shifted from the seller to the customer. The customer became boss.”

To cater to this new boss, 17 software development experts met in Snowbird, Utah, in February 2001, to discuss new approaches to work and product development. In favoring dynamic approaches to static ones, they drafted the “Agile Manifesto,” which states:

“We are uncovering better ways of developing software by doing it & helping others do it. Through this work we have come to value...That is, while there is value in the items on the right, we value the items on the left more.””

This new way of working can involve flow-based work schedules; fast pivots based on discoveries made en route; small, well-aligned teams working in short development cycles; responsive networking organizations rather that than the traditional top-down management and-silos-method of doing things; and of course constant customer input.

The agile movement got a boost in 2011, when Marc Andreessen—cofounder of Netscape Communications Corporation and co-author of Mosaic, one of the first web browsers—published an article, “Why Software Is Eating the World.”

He claimed that technological and innovative companies would eventually dominate the marketplace. That prediction has come true with the largest firms by capitalization becoming tech-based giants who do things differently, including Amazon, Apple, Facebook, Google and Microsoft.

While Microsoft, for example, may sometimes be viewed as a lumbering giant, slow to respond to user needs, it in fact has embraced agile methods of product development since 2011. It developed “a pervasive Agile mindset in which respecting, valuing and engaging those doing the work in response to customers’ needs is at the core.” Its Developer Division, for instance, maintains an online list of requested features that developers and customers can discuss and and even vote on, helping the company to be more responsive on the fly.

The World Is Becoming More Agile

While agile methodology originated in the world of software development, it is growing beyond that into many different types of businesses. In fact, according to the Project Management Institute’s Pulse of the Profession report, about 71 percent of organizations worldwide used the agile approach in projects over the course of the previous year. Other statistics show agile is driving up productivity and getting products to market sometimes 37 percent faster than before.

“As a result, the world is entering a new age: the age of Agile. An unstoppable revolution is now under way in our society, affecting almost everyone,” writes Denning in a Forbes article.

“Agile organizations are connecting everyone and everything, everywhere, all the time. They are capable of delivering instant, intimate, frictionless value on a large scale. They are creating a world in which people, insights and money interact quickly, easily and cheaply.”

As an example, Denning points out Toyota, which won an award for Agile Excellence, in 2018, from the World Agility Forum. The Japanese car manufacturer pioneered the Toyota Manufacturing Process (TPS), which led to the lean manufacturing movement and was a precursor to the agile methodology.

TPS has given rise to the Toyota Flow System, a system of learning and understanding that embraces “complexity thinking,” team science and distributed leadership. In explaining how Toyota’s focus on the changing needs of its customers has changed how the the company works, Denning says:

“You wouldn’t think of Toyota as a software company but they are. A car used to be a piece of metal welded together, with a few controls. Now a car is a computer with a few pieces of metal attached to it. . . . Customers want a big screen by their side and voice controls. They want entertainment and directions—how to get to the nearest Starbucks.”

pA car maker working with traditional methods is on development cycles of four to seven years and so is always behind what their customers want today. Working with agile methodology, responsive firms like Toyota can get in the driver seat and deliver this value much faster.

who use monday.com for teamwork 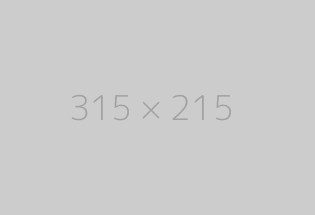